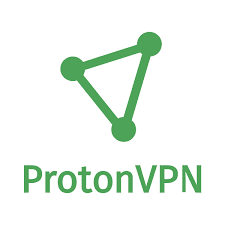 ProtonVPN is the most popular free VPN, ideal for those looking for a free VPN without data limits.

ProtonVPN can fairly be called one of the best free VPNs on the market. This popular Swiss provider offers easy-to-use software and applications with good encryption.

Why choose the free version of ProtonVPN?

The free version of ProtonVPN has no data limits, a unique case among free VPN providers. It also has no speed limit. This means that you can use this VPN for as long as you want, for whatever you like to do online.

Another feature of ProtonVPN is that it works well on all your devices. ProtonVPN works on Mac, Windows, Android, Android TV, iOS, Linux and even on certain routers.

Finally, ProtonVPN is a very secure provider. It is known for focusing on security and privacy, and this extends to its free service. As long as the VPN connection is enabled, you are protected.

Disadvantages of the free version of ProtonVPN

Although the free version of ProtonVPN has no speed limits it can be, at times, quite slow. This is understandable when you consider how many users make use of ProtonVPN's limited free servers. Internet speeds can drop as the servers struggle to handle all the traffic. ProtonVPN's website also advertises that the speed of its free VPN is "medium," while all of its paid subscriptions have "high speeds."

In addition, ProtonVPN does not support torrent downloading. This means that you cannot download files from torrent sites while connected to a free ProtonVPN server. This free service also won't give you access to Netflix, you'll have better luck unblocking foreign Netflix libraries with ProtonVPN's premium servers.

The free version of ProtonVPN gives you access to servers in "only" three different countries: nine servers in the U.S., three in Japan, and eleven in the Netherlands. This limited selection of servers may pose a problem for some users.

You can use ProtonVPN for free on only one device at a time. But seeing as it is a free service you could, theoretically, register multiple accounts with different email addresses. This way you can protect each device you have with a separate ProtonVPN account.

Our editorial team finds that ProtonVPN is currently one of the best free VPNs available. In addition to ProtonVPN's free service, we have also reviewed the premium version of this provider.